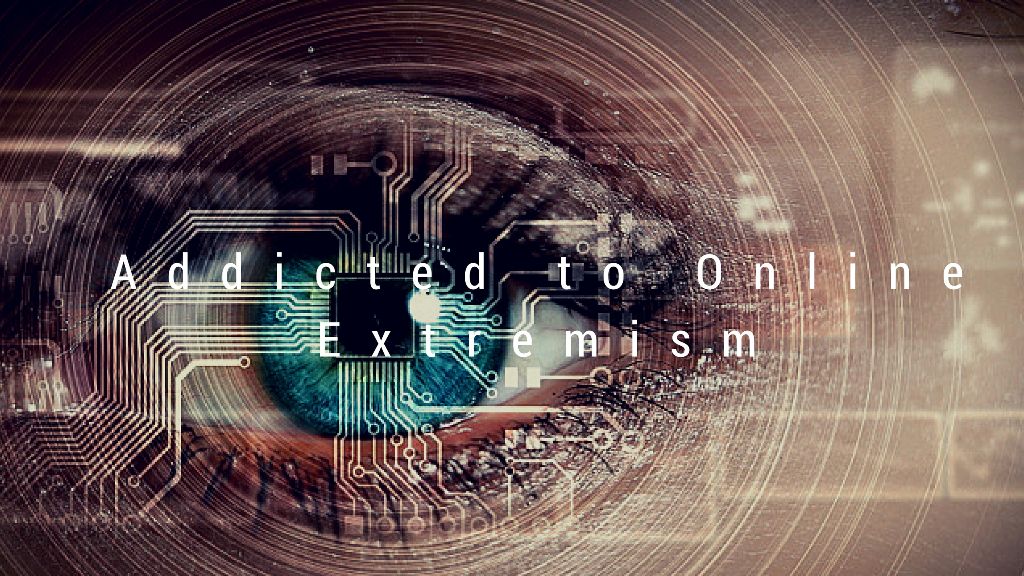 There is something disconcertingly compelling about the activities of extremist organisations online. Tens of thousands of Tweets daily from hundreds of thousands of accounts, and acerbic rhetoric both appalls and repulses. Through social media, we now have unprecedented access into the communication strategies of extremist organisations, and insight into their strategies for recruitment, advocacy, and engagement.

ISIL and other such organisations use the Internet in a fashion that has caused academics, military personnel and government departments alike to afford them grudging respect. Their digital strategies are complex and innovative, using, amongst other tactics, high quality videos designed to shock and outrage in equal proportion. Social media accounts of extremist organisations have large followings of both dedicated followers and curious voyeurs who clamour to see what will happen next or what tactic they will use next to express themselves.

It is easy to see why social media has become such a popular medium for extremist organisations who, only a few short years ago, would have kept the majority of their activity secret, using mainstream media to publicise their main attacks. Former UK Prime Minister Margaret Thatcher said in 1985 “…we must find ways to starve the terrorist…of the oxygen of publicity on which they depend.” In the digital age of user generated content and social networks with billions of users, extremists are afforded vast opportunities for public engagement, making it even more difficult to deny extremist organisations such exposure.

Social networking companies and anti-extremist organisations are not blind to this. They create strict anti-abuse policies to which their users consent. While the penalty for transgressing these policies is deletion, the extremists return, emboldened by their ability inspire discussion and activity on social networks, they present a persistent problem to the entire counter-extremist community. Online extremism wouldn’t be such a problem if its effects remained in the virtual space. However, numerous real world problems are associated with it, from the negative psychological effects of consuming extremist content, to its role in recruitment and wider operational support.

Counter extremist organisations have used a variety of methods to meet the online threat. One tactic used frequently has been to delegitimise extremist ideology; pointing out the logical and ethical fallacies in their arguments has been presented as an effective counterpoint to the the constant stream of digital content supporting extremist ideology. Delegitimising tactics have been difficult to implement with a great degree of success however, particularly when attempting to change the minds of ardent supporters. Such engagement tactics and modes of discourse quickly turn argumentative that can hinder counter extremist organisations from effectively carrying out their work.

More aggressive take down tactics are also used by government organisations and social networking companies. When online extremists transgress the boundaries set by the social networking company their accounts are suspended and struck from public view. Interestingly, other activist groups that, at times, attack corporations and nation states, apply their considerable technical abilities to deploy take-downs, and distributed denial of service attacks  to attack extremist organisations. Groups such as Anonymous have disabled the websites and social media accounts of extremist organisations when they publicly declare responsibility for attacks.

Again, extremist accounts return with a vengeance. As one is deleted many more emerge. The reason why these accounts emerge in such numbers when they are deleted is, in part, that the act of being suspended and reappearing under a different avatar is an extremely important part of an extremist’s digital strategy. The act of being suspended or deleted from social media networks and being ‘resurrected’ or ‘found’ again conjures, in the minds of their followers, a bona-fide heroic figure countering the tyranny of mainstream organisations who do not fully understand their ideology.

Being suspended by the ‘authorities’ and eventually reappearing is a form of digital resurrection which does much to increase online engagement levels with extremist content and reinforces the potency of extremist narratives. This is the very opposite conclusion that was intended by those seeking to rid the Web of such pernicious content.
Digital resurrection spurs such high levels of engagement because when an already popular social media account is deleted, followers will wait with anticipation for new signs of life. When it becomes clear that the extremist has found a way back online, they are greeted with rapture because where once a popular personality on social media was producing lots of hyperbolic content and suddenly ceases, they return and supply the network with new content. Digital content from the extremist therefore becomes exclusive.

The social and neurological reward of obtaining new content for the audience is enhanced because followers do not know if the person who has been such a source of entertainment for them will return. This is a psychological phenomenon called the variable reward and is used by social media companies to stay relevant to their users. If every time we checked our email or favourite social network and there was something important for us to see, we would soon tire of the application. The fact that interesting content might appear if we take just one more look at our phones makes Tweets, notifications, and texts addictive.

Online extremism itself therefore has an addictive quality. The content is exclusive because followers don’t know when it will stop. When it reappears after an enforced absence, they feel like one of the lucky few to have witnessed it.  Social media technologies are designed to appeal to our innermost desires. They are designed to be addictive and by adopting some of the techniques used by these organisations, online extremism itself becomes addictive, both for the audience and the performer.

Some experts believe that censoring the Internet would ultimately be counter-productive. Others have suggested a wide range of recommendations to dealing with online extremism such as promoting positive messages, empowering other people with authority,  and educating young people to use the internet responsibly. In addition to these, we should remember that governments have an enormous level of authority and influence on social media, that online extremists can only dream of having. By promoting core strategic narratives with the help of other online influencers, the focus could be shifted away from extremist narratives towards areas that unite and inspire people. Once we understand the factors that drive attraction to extremist content online, social media can then be used strategically and tactically to ultimately draw supporters away from their online profiles.