Big Data & The Race for Power

By lawrence25th October 2016Politics
No Comments 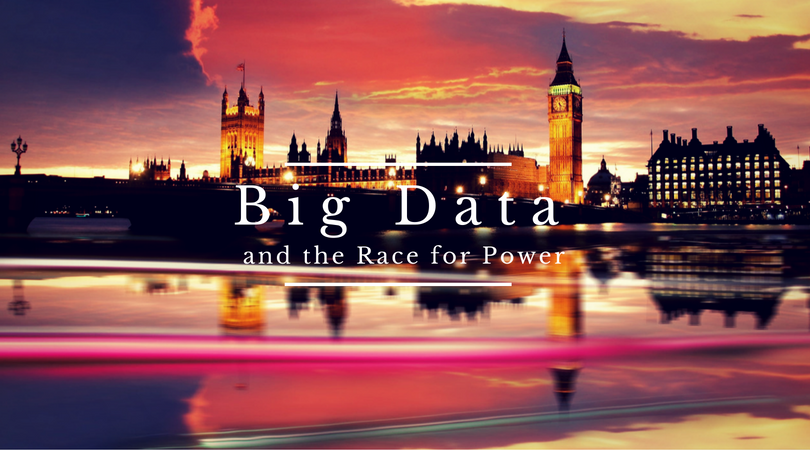 With the conclusion of the 2016 US Presidential Debates recently concluded, and the striking increase in audience engagement on social media and, in particular, the emphasis on real-time fact-checking, we were yet again reminded of the growing influence of digital analytics and online environments exerting greater influence on public perceptions of mainstream political engagement. The importance of digital analytics influencing political behaviour, which came to the fore by the Obama 2008 and 2012 campaigns, underscored the ability of political organisations to microtarget actual and potential voters in unprecedented ways. It was this use of data to understand and predict voter behaviour that will underpin every political campaign toolbox as national campaigns are run like local elections (Nielsen, 2012).

The real value of political analytics lies in its provision of more granular information on the motivations, and actions of the public, including, importantly, context (Schipper & Woo, 2014). A raft of analytics consultancies have emerged from the 2008 and 2012 elections that creatively combine specific data sets, such as voting records, and merge them other open source data streams to form an increasingly sophisticated picture of the modern day voter. The days of embarking on costly media buys using imprecise metrics like demographics are disappearing. Voters are now assessed by the scope of their individual preferences; similar to the techniques modern marketers use when forming pictures of their voter’s journeys (Lees-Marshment, 2012).

With this in mind, you would suppose that such analytics capability would be used in campaigns around the world. However, the US is the only country that has seen considerable uptake, due in large part to complex privacy and data sharing laws being more stringent for political and civic data in European countries in particular. In the UK, Australia and Canada, political parties and consultancies can access to voter records and use that information for targeting purposes.

Going forward, the area generating the most interest in political analytics is the use of open source information to understand political behaviour, such as that found in social media. The unsolicited and unobtrusive responses to political engagement provide an important stream of information to organisations, over a period of time, in a different way to surveys and polls, which generally gather responses that do not match actual voting patterns.

This, however, has not deterred the Presidential hopefuls, who have spent a combined $50 million on analytics solutions in 2016. This allows candidates to not only engage in micro targeting, but also micro-fundraising, where supporters can donate sums of between $10 to $50 easily through their mobile devices. Over time, microtargeting using political analytics deciphers which messages work best for specific voters, meaning that every message that is delivered by candidates can be personalised and not delivered in a one-size-fits-all model.

Campaigns also work with television companies to purchase air time that focuses on the household level rather than entire media markets, able to change the content of household specific advertisements based on the interests and opinions expressed by the residents in social media. Candidates are simultaneously becoming savvier with analytical relationship technology, while reducing the high costs traditionally associated with political campaigning – enabling campaigns to make donations work harder for them.

In the UK, the main political parties are beginning to utilise the same techniques as that seen in Obama’s campaigns. However, a larger issue of privacy and security is on the table as it is very possible that our personal and commercial data are being used to create detailed political profiles. At the same time, there is great potential for Candidates to engage with the unheard voiceless, and apathetic communities.

It remains to be seen just how influential big data analytics will be in political engagement and campaigns. At the moment, favourable data will not guarantee victory, but it does give candidates a more powerful lens to understand the motivations of their voters, makes political campaigns increasingly more accountable, and is fomenting a creative community of businesses and researchers ready to improve the process of political campaigning.

Join us on 17th January to learn from experts the best strategies and tools for Political Analytics!

Learn About The Political Analytics Event